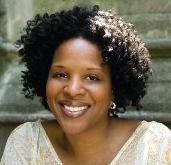 New York Times best-selling author Tayari Jones is the author of four novels, most recently An American Marriage. Published in 2018, An American Marriage is an Oprah’s Book Club Selection and also appeared on Barack Obama’s summer reading list as well as his end of the year roundup.  The novel was awarded the Women’s Prize for Fiction (formerly known as the Orange Prize), Aspen Words Prize and an NAACP Image Award.  With over 500,000 copies in print domestically, it has been published in two dozen countries. Jones, a member of the Fellowship of Southern Writers,  has also been a recipient of the Hurston/Wright Legacy Award,  United States Artist Fellowship, NEA Fellowship and Radcliffe Institute Bunting Fellowship.  Her third novel, Silver Sparrow was added to the NEA Big Read Library of classics in 2016. Jones is a graduate of Spelman College, University of Iowa, and Arizona State University. She is an A. D. White Professor at Large at Cornell University and the Charles Howard Candler Professor of Creative Writing at Emory University.

The Smoke is Me, Burning by C.A. Blintzios

Out now! The Salt Fields by Stacy D. Flood

Stephanie Dinsae and more in The Common

Mike Schoch in The Commuter

Jane Dykema Couldn’t Accept the Ending of ‘The Undoing’

Issue 20 of The Common is here!

Out now: Lyrics for Rock Stars by Heather Sappenfield

Out now: Wiving by Caitlin Myer

Out now! The Bright Side Sanctuary for Animals

Shayla Lawson in The Cut

Rebecca Fishow’s The Trouble With Language

“Dispatch from a Pandemic – Brooklyn” by Sofi Stambo

Carter Sickels in The Atlantic

A note from the DISQUIET staff

Out now! A Fish Growing Lungs by Alysia Sawchyn

Tayari Jones in NYT and The Guardian

Out now! The Prettiest Star by Carter Sickels and Mistakes by the Lake by Brian Petkash!

“An escape into inspiration”

Issue 19 of The Common out today!

Beebe Bahrami on Lisbon (and DISQUIET)

Out Now! Bubblegum by Adam Levin and Borrowings of the Shan Van Vocht by Catherine Moore

10th Anniversary and Faculty Lineup to Die For

Camille Bordas in The New Yorker

33 Best Things to Do in Lisbon

25 of the Most Beautiful Places in Portugal

In Lisbon, the pavements are art

Ocean Vuong in The New Yorker

This year’s winning piece, “The Dive” by Samsun Knight

Your Guide to LX FACTORY

When Rap Spoke Straight To God

An Interview with Denis Johnson

NOS Alive Festival falls at the end of Disquiet!

Gabe Bump’s Book Deal of the Day at Publisher’s Marketplace!

Alberto de Lacerda Translated by Scott Laughlin in The Common!

A Year of Emails with Padgett Powell and Jane Dykema

43 Reasons to Travel to Portugal

“‘The Book of Disquiet’ Weirdest Autobiography”

Scott Laughlin in The Common!

Erica Dawson in the NYTimes!

Katherine Vaz’s new collection is out!

Top 10 things to do in Lisbon

Portugal an oasis of stability

A Perfect Weekend in Lisbon

“Portugal has become ‘an island of stability’ in a troubled world.”

20 things to do in Lisbon

Disquiet in the Azores! November 24th and 25th!

Could Lisbon be the next tech capitol?

Another prize for Afonso Cruz!

8 photos that will make you want to go to Cascais

Saramago in the Paris Review

June 7 in New Bedford: A Night of Fado!

Neither Here Nor There

18 reasons Lisbon should be your next city break…

Only three people in the world…

Coverage from the 40th Anniversary of the World’s Coolest Coup

How to spend a weekend in Lisbon…

One of the 7 wonders of Portugal

AND THE WINNERS ARE…

From Lisbon with Love

The allure of Lisbon…

Lisbon #5 in 10 Places the Weather is Always Perfect!

Where to Go in Lisbon

Alexander Chee’s Queen of the Night out today!

Lello Bookstore–the most beautiful in the world

“Getting Disquieted in Lisbon”

The 7 Wonders of Lisbon

Mary Gaitskill on The Old Guy

A Manner of Being is out!

The Best Secret Places In Lisbon

In Spite of All : A Memoir of Albert de Lacerda

“How I Fell for Lisbon”

“Portugal is shaking up the wine world”

Captain Fiction and the Gods of the Page

“Why Lisbon Is One of the Coolest Cities in Europe”

Two months left to go! Send your poetry, fiction, and nonfiction to the DISQUIET Prize!