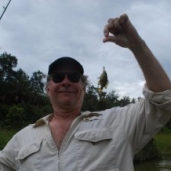 Padgett Powell has published six novels-–Edisto, A Woman Named Drown (Farrar, Straus & Giroux, 1984 and 1987), Edisto Revisited (Henry Holt, 1996), Mrs. Hollingsworth’s Men (Houghton Mifflin, 2000), The Interrogative Mood (Ecco, 2009), You & I (Profile Books, 2011)-–and two story collections, Typical (FS&G, 1991)and Aliens of Affection (Holt, 1998). Edisto made TIME’s Best-of-Year Fiction list and was a nominee for the National Book Award; it has been published in many countries and languages. His fiction has appeared in The New Yorker, Harper’s, Esquire, The Paris Review, and in the anthologies Best American Short Stories, O.Henry Prize Stories, and New Stories from the South. His non-fiction has appeared in the New York Times Book Review, New York Times Magazine, Harper’s, and Best American Sportswriting. His awards include a Whiting Writer’s Award, a Pushcart Prize, the Paris Review John Train Humor Prize, the Prix de Rome from the American Academy and Institute of Arts and Letters, and the James Tait Black Memorial Prize in fiction. He currently teaches at MFA@FLA, the writing program at the University of Florida, and has taught at the Sewanee Writers’ Conference and at the Summer Literary Seminars in Russia, Kenya, and Canada.