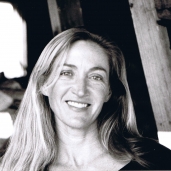 Noy Holland’s latest work is I Was Trying to Describe What It Feels Like: New and Selected Stories, out now from Counterpoint Press. Noy’s debut novel, Bird, came out in 2015 to much critical acclaim. Other collections of short fiction and novellas include Swim for the Little One First (FC2), What Begins with Bird (FC2), and The Spectacle of the Body (Knopf).  She has published work in The Kenyon Review, Antioch, Conjunctions, The Quarterly, Glimmer Train, Western Humanities Review, The Believer, NOON, and New York Tyrant, among others.  Her story “Tally” was selected for inclusion in Best American Short Stories 2018 (ed. Meg Wolitzer) and performed  at Symphony Space, NYC, by Suzzy Roche of The Roches. She was a recipient of a Massachusetts Cultural Council award for artistic merit, a National Endowment for the Arts Fellowship, and was awarded the biennial Katherine Anne Porter Prize in May 2018 from the American Academy of Arts and Letters. She has taught for many years in the MFA Program for Poets and Writers at the University of Massachusetts, as well as at Phillips Andover and the University of Florida.  She serves on the board of directors at Fiction Collective Two.