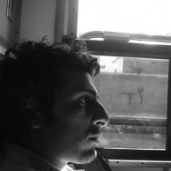 Moez Surani’s writing has been published widely and won numerous awards, including the Kingston Literary Award, the Antigonish Review‘s poetry prize and the prestigious Chalmers Arts Fellowship. His first poetry collection, Reticent Bodies, was described as “that rare book that has the power to be a lynchpin, a hinge in the history of Canadian poetry.” His second poetry collection, Floating Life, was praised for its “stunning, simple images.” He has traveled widely in Europe and Asia — including July, 2010, when he walked 900 km of the Camino Santiago from Saint-Jean-Pied-de-Port in the French Pyrénées to Cape Finisterre, on the west coast of Spain.