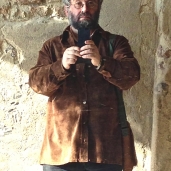 Mikhail Iossel, the Leningrad-born author of the story collection Every Hunter Wants to Know (W.W. Norton) and co-editor of the anthologies Amerika: Russian Writers View the United States (Dalkey Archive, 2004) and Rasskazy: New Fiction from a New Russia (TinConcordia University in Montrea House, 2010), is a professor of English/Creative Writing at Concordia University in Montreal, Quebec, Canada – and the founding director of the Summer Literary Seminars international program. Back in the Soviet Union, he worked as an electromagnetic engineer/submarine demagnetizer and as roller-coaster security guard, and belonged to the organization of samizdat writers, Club-81. He came to the US in 1986, and started writing in English in 1988. Among his awards are the Guggenheim, NEA and Stegner Fellowships. His stories, in English and in translation to a number of other languages, have appeared in NewYorker.com, The Literarian, Agni Review, The North American Review, Boulevard, Best American Short Stories, and elsewhere.