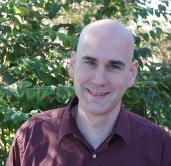 Derek Nikitas is the author of the novels Pyres, nominated for an Edgar Award in 2008, and The Long Division, a Washington Post Book World Best Book of 2009. Both novels have also been nominated in France for the Elle magazine Reader’s Choice award. His short stories have been published in such journals as The Ontario Review, Chelsea, Ellery Queen Mystery Magazine, New South, and Washington Square. He holds a PhD from Georgia State University and an MFA from the University of North Carolina at Wilmington and is the current director of the Bluegrass Writers Studio, the low-residency MFA in Creative Writing at Eastern Kentucky University.