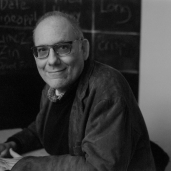 David Leavitt’s novels and story collections include Family Dancing, The Lost Language of Cranes, Arkansas, The Indian Clerk, and The Two Hotel Francforts, set in Lisbon in the summer of 1940. He is also the author of two works of nonfiction, Florence, A Delicate Case and The Man Who Knew Too Much: Alan Turing and the Invention of the Computer. A new novel, This Was Once the Future, will be published next year. David’s essays and reviews have appeared in The New Yorker, The New York Times Book Review, CN Traveller, VQR, Vogue Italia, Slate, Tin House, and Esquire (“The New Lost Generation,” lost in May 1985 and still lost today). He lives in Gainesville, Florida, where he co-directs MFA@FLA, the Creative Writing program at the University of Florida, and edits Subtropics.