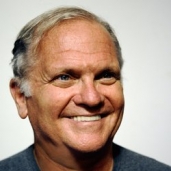 Christopher Cerf is an author, producer, composer-lyricist, semi-bestselling humorist, and co-founder and president of the educational media company, Sirius Thinking, Ltd., where he co-created and co-produced the multiple award-winning PBS children’s literacy show, Between the Lions. Cerf has won three Emmys and two Grammys for his musical contributions to Sesame Street; was a senior editor at Random House, where he worked with such authors as George Plimpton, Andy Warhol, Abbie Hoffman, and Dr. Seuss; and was a charter contributing editor of National Lampoon. He has also won two Emmys for outstanding writing in children’s television. In 2010, Cerf was awarded the Harold W. McGraw Prize for his contributions to American education. All these successes notwithstanding, he is perhaps best known for his work as an author and satirist. He co-edited The Official Politically Correct Dictionary and Handbook (with Henry Beard) and The Experts Speak: The Definitive Compendium of Authoritative Misinformation (with Victor Navasky), and in 2008, he and Navasky collaborated again to produce Mission Accomplished!, a bestselling compendium of misstatements, failed predictions, and outright lies uttered in connection with America’s military adventure in Iraq. A new Cerf-Beard collaboration, Spinglish: The Definitive Dictionary of Deceptive Language, has recently been published, just in time for the 2016 election campaign. The authors promise it will teach readers how to succeed in business (and politics and everything else) without really lying.