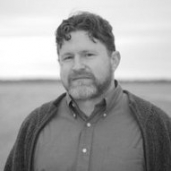 Brian Evenson is the author of ten books of fiction, most recently the limited edition novella Baby Leg, published by New York Tyrant Press in 2009. In 2009 he also published the novel Last Days (which won the American Library Association’s award for Best Horror Novel of 2009) and the story collection Fugue State, both of which were on Time Out New York‘s top books of 2009. His novel The Open Curtain (Coffee House Press) was a finalist for an Edgar Award and an IHG Award. His work has been translated into French, Italian, Spanish, Japanese and Slovenian. He lives and works in Providence, Rhode Island, where he directs Brown University’s Literary Arts Program. Other books include The Wavering Knife (which won the IHG Award for best story collection), Dark Property, and Altmann’s Tongue. He has translated work by Christian Gailly, Jean Frémon, Claro, Jacques Jouet, Eric Chevillard, Antoine Volodine, and others. He is the recipient of an O. Henry Prize as well as an NEA fellowship. Dzanc Books and Guernica are pleased to announce the winner of the International Literature Award—affiliated with the DISQUIET International Literary Program in Lisbon, Portugal (June 19-July 2, 2011)—who receives airfare, accommodations, and tuition to this summer’s program and publication in Guernica. International Literature Award 2011 Winner (Final judge Chris Abani): Jacob Shores-Arguello (poetry) Finalists: Kevin Kaiser, “Little Parrots” (fiction) Angie Lee, “Shuffle Master of the Universe” (nonfiction) Andrew MacDonald, “Krupkee” (fiction) Shivani Manghnani,  “Tsunami” (nonfiction) Ottessa Moshfegh, “The Chaperone” (fiction) Brian Sousa’s “Away from the Mountains and Towards the Sea” (fiction) Eleanor Stanford’s “A Story of Brazil in Three Fruits” (nonfiction) Winners of Scholarships for Writers of Luso Descent, 2011 Dzanc Books and the Luso-American Development Foundation also announce the winners of four scholarships for North American writers of Luso descent to attend the ILP in Lisbon this summer and participate in Frank Gaspar’s workshop there: Traci Brimhall is the author of Rookery (Southern Illinois University Press), winner of the 2009 Crab Orchard Series in Poetry First Book Award.  Her poems have appeared in Kenyon Review, Slate, Virginia Quarterly Review, New England Review, The Missouri Review, and elsewhere. She was the 2008-09 Jay C. and Ruth Halls Poetry Fellow at the Wisconsin Institute for Creative Writing and currently teaches at Western Michigan University, where she is a doctoral associate and Kings/Chávez/Parks Fellow. Carlos J. Queirós, a Portuguese-American writer, was born and raised in the Ironbound section of Newark, New Jersey. His work has appeared in AARP The Magazine, On Tap Magazine, Críticas Magazine, Library Journal, The Newark Metro, and other publications. Carlos has a Master of Arts in English/Creative Writing from Temple University where he was a Future Faculty Fellow and was awarded the Frances Tebet Israel Prize in fiction. This fall he will be attending The Iowa Writers’ Workshop. Amy Sayre-Roberts is an associate editor at Quiddity International Literary Journal. Her publications include Chicago Noir, Sou’wester, Ninth Letter, and Luso-American Literature, an anthology featuring a chapter of her novel manuscript, The Portuguese Box. She lives in Springfield, Illinois, and is currently working on a collection of short stories. Brian Sousa has been published in Redivider, Gavea-Brown, and The Writer magazine. This year, UMASS/Dartmouth will publish his first collection of stories, and his work will also be featured in a Rutgers University Press anthology of Luso-American Literature. In 2007, he was awarded a fellowship by the Rhode Island State Council on the Arts. Sousa, who grew up in the Ocean State, currently lives in Boston and teaches writing at Boston College. He also plays guitar in the band Ocean*Transfer. Additionally, we announce a special scholarship endowed by Instituto Camões to send a Canadian of Luso descent: Richard Simas is a freelance writer living in Montreal. His fiction won a 2008 Fiddlehead literary prize and has appeared in the Journey Prize Anthology. His nonfiction work has been published in literary and arts reviews in Canada and Europe, and includes commentaries on contemporary dance, music, theater, and Azorean culture. His New Music-Spoken word performance based on Fernando Pessoa’s Book of Disquiet will premier at the Open Ears New Music festival in Canada.