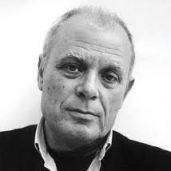 Antonio Lobo Antunes is the author of more than twenty books, including the novels The Return of the Caravels, Knowledge of Hell, The Natural Order of Things, The Inquisitors’ Manual, and What Can I Do When Everything’s On Fire? His book of newspaper “crónicas”—a free-form amalgam of essay and fiction—was published in the U.S. in 2009 under the title The Fat Man and Infinity. In 2011, his groundbreaking 1979 novel, South of Nowhere, was reissued in a new translation by Margaret Jull Costa as The Land at the End of the World. He has received many awards, including the 2005 Jerusalem Prize for the Freedom of the Individual in Society, and the 2007 Camões Prize.