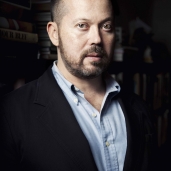 Alexander Chee is a recipient of a 2003 Whiting Award, a 2004 NEA Fellowship in Fiction and a 2010 MCCA Fellowship, and residency fellowships from the MacDowell Colony, the VCCA, Ledig House, the Hermitage, Civitella Ranieri and Amtrak. His first novel, Edinburgh (2001), is a winner of the Michener Copernicus Prize, the AAWW Lit Award and the Lambda Editor’s Choice Prize, and was a Publisher’s Weekly Best Book of the Year. His essays and stories have appeared in The New York Times Book Review, Tin House, Slate, Apology, Granta.com, and Out, among others. He has taught at Wesleyan University, Amherst College, Iowa Writers’ Workshop, Columbia University, and the University of Texas – Austin. He lives in New York City. His second novel, The Queen of the Night, is forthcoming from Houghton Mifflin Harcourt in fall of 2015.