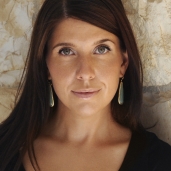 Molly Antopol’s debut story collection, The UnAmericans, won the a “5 Under 35” Award from the National Book Foundation, the New York Public Library’s Young Lions Fiction Award and France’s Translation Prize. The book was longlisted for the National Book Award; was a finalist for the PEN/Robert W. Bingham Prize for Debut Fiction, the Barnes & Noble Discover Award, the National Jewish Book Award, the California Book Award and others; and will be published in seven countries. Her writing has appeared widely and won a 2015 O. Henry Prize. She’s the recipient of a Radcliffe Institute Fellowship at Harvard, the Berlin Prize from the American Academy and a Stegner Fellowship at Stanford, where she currently teaches.