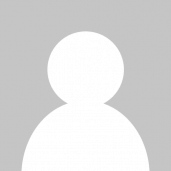 Iryna Tsilyk is the director of the award-winning documentary The Earth Is Blue As an Orange, which won the “Directing Award” at Sundance Film Festival in 2020. Tsilyk is currently completing the feature-length fiction film Rock. Paper. Grenade based on the novel by Artem Chekh. She is the author of numerous books including poetry, short fiction, a novel, and several works for children. Her poems and short stories have been translated into English, German, French, Polish, Lithuanian, Czech, Swedish, Romanian, Catalan, and Greek. Throughout the Russian-Ukrainian war, she has actively taken part in literary readings, documentary filmmaking, and tutoring for children in Donbas. Her recent poetry and films reflect this experience.