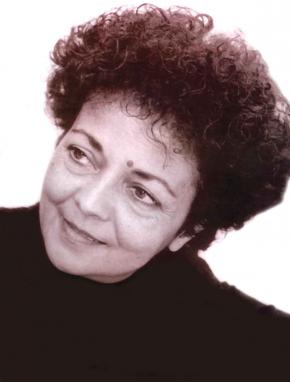 “The poetry of place was a long apprenticeship. It was not inside me. This was a language I had to learn,” says Ana Paula Ribeiro Tavares, whose work is known for its spare language, subtle eroticism, and strong sense of place. A poet and historian, Tavares is the author of seven books and the recipient of numerous prizes. She teaches Lusophone African literature at the Catholic University of Lisbon.

Prior to coming to Lisbon she grew up and lived in many different regions of Angola, serving as, among other roles, the culture delegate for Kwanza-Sul province and heading up the Research Bureau of the Centro Nacional de Documentação e Investigação Histórica in Luanda. She also served on the Angolan Commission of UNESCO. Her recent work includes Words for a Dictionary of Affection (2016) as well as several other collaborations with fellow Lusophone authors.

Ana Paula Tavares was scheduled to speak at Disquiet 2020, and we hope to be able to reschedule her for 2021. You can hear and read her poems in the original and English translation at lyrikline.org, or read Richard Zenith’s translations here.